Discussions at the President’s meeting in Raiymadhoo Island focused on the ongoing developmental work on the island and the needs of the community. At the meeting held at the school, the council members noted that the administration had initiated a previously unanticipated number of developmental projects and expressed their gratitude to the President. Highlighting that one of the community’s biggest grievances was the lack of a water and sewerage system, they thanked the President for initiating projects to address these concerns.

The island’s representatives also shared some of the community’s concerns, including the challenges they face due to the lack of a good harbour, coastal erosion, and interruption of services at the laboratory in the healthcare centre. They also spoke about challenges facing the education sector due to the low student population on the island.

Speaking at the meeting, the President assured the council members that the administration would seek ways to find amicable solutions to the concerns raised at the meeting, especially issues related to the harbour and coastal erosion.

A high-level government delegation, including cabinet members, accompanies the President on the visit. At the meeting, the cabinet ministers briefed the islands’ representatives about the administration’s developmental plans for the island. 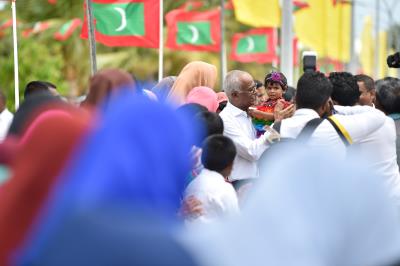 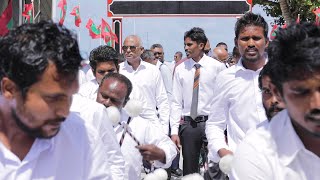 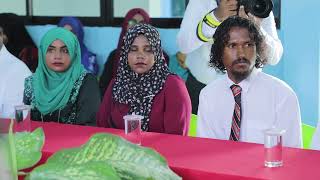