Vice President Faisal Naseem on Sunday afternoon attended the final match of the President's Cup football tournament. The final and closing ceremonies of the tournament were held on Alifushi Island in the Raa Atoll.

Club Valencia faced Maziya Sports and Recreation Club in the final, with Club Valencia winning the tournament with a score of 2-1. Afterwards, the Vice President presented the winners with the championship trophy and medals. 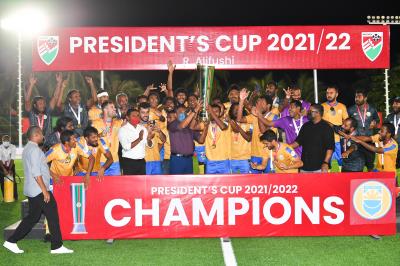