Vice President Faisal Naseem on Sunday met with Ram Madhav, a member of the governing council of the India Foundation, and Professor Rohan Gunaratna, the Director-General of the Institute of National Security Studies (INSS) of Sri Lanka. The two meetings were held separately as part of his ongoing visit to Abu Dhabi, the United Arab Emirates.

In his meetings with Ram Madhav and Professor Rohan Gunaratna, the Vice President held discussions on an array of topics, including recovery efforts from the Covid-19 pandemic and climate action. He also spoke extensively about the importance of strengthening partnerships to address multinational issues. The Vice President is in the UAE to attend the inaugural session of the fifth Indian Ocean Conference (IOC) 2021 as the Guest of Honour. 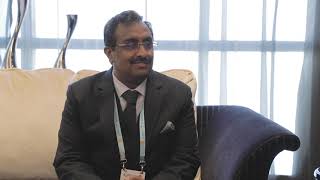 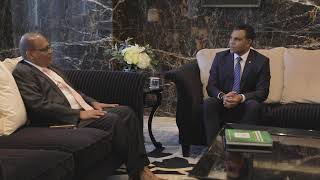